Colourpop has been the talk of the town for a while now, for a number of reasons: their creamy, hyper pigmented eyeshadow formula, their high frequency of adding new colours to their collection, and their wide variety of super on-trend matte liquid lipstick shades. But also their sort of shady dealings with Kylie Jenner – are Kylie and Colourpop simply selling the same product at two very different price points? And are their matte liquid lippies the bomb, or drying AF as some people were saying? Needless to say, I was intrigued and eager to get to know the brand myself. 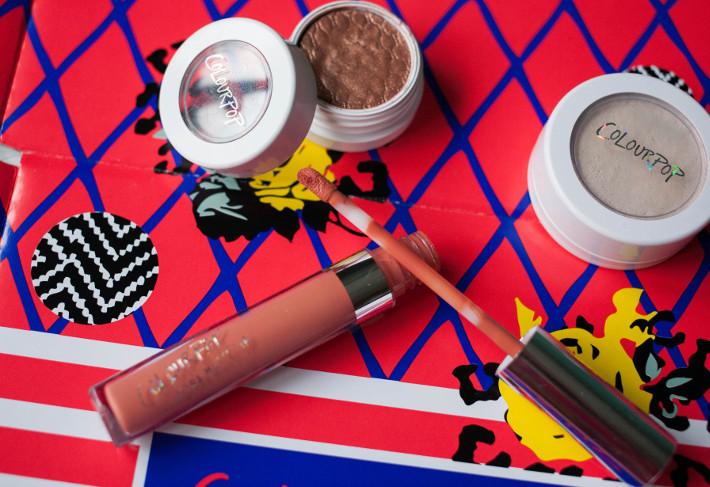 Back when Black Friday had all of us running crazy trying to figure out what bargain to pounce on next, I took advantage of Colourpop’s free international shipping to place two small orders. I stayed just below the maximum amount you’re allowed to spend before being charged with import duty because I’m savvy and shiz, which provided me with the perfect occasion to finally get to know this brand. After careful consideration aka googling a bajillion swatches, I ordered two rose gold eyeshadows (Lala and Sequin), a duochrome cream highlighter (Monster) and a matte liquid lipstick (Instigator).
I was eager to try Instigator because I had recently splurged on Kylie Jenner’s Candy K liquid lipstick, and I wanted to see for myself whether the formulas are identical and if I had been swindled by excellent marketing. Instigator stood out to me because it’s sort of like a dirty peach shade that seemed very different from swatch to swatch: on some people it seemed almost like a neon orange, while the Colourpop website shows it like a peachy nude. In real life (and on me) the colour is somewhere in the middle: muted yet bright. Hard to capture, hard to describe, but I love it! But how is the formula, and how does it compare to my Kylie liquid lipstick? 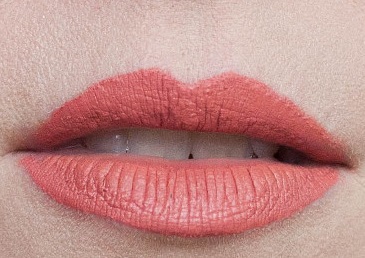 First things first: the formula does not smell the same as Kylie’s, takes longer to dry down and it also feels slightly heavier, making it more prone to building up and crumbling if you apply more than one thin layer. The colour applies evenly and doesn’t streak, so you don’t have to build in the product. On its own, this isn’t the most comfortable formula if you reapply after a meal. However, much of these issues disappear when you apply the liquid lipstick over a lipbalm – when you start out with well-moisturized lips, these really resemble the Kylie liquids pretty closely. And at $6 vs Kylie’s $17, these are great value for money if you love that matte liquid look. Colourpop’s range of shades really can’t be beat.
I love the colour, but I have to admit I don’t grab it as often as my more comfortable liquid lipsticks by Lime Crime and Kylie cosmetics. When you own liquid lipsticks that reapply easily and don’t feel heavy, it makes it harder to sacrifice that for something that might look cute and be affordable, but not sit as comfortably on the lips. 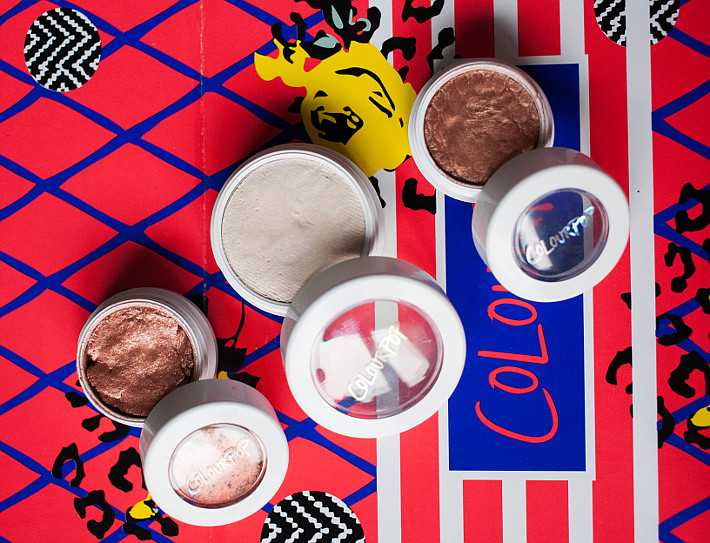 See that container on the left, with that weird mess of play-doh like consistency mushed together? That’s my pot of Sequin after trying to fix the compact which arrived broken. I didn’t know that Colourpop’s semi-cream/play-doh esque formula COULD crack, but it did. Easier to fix than powder eyeshadows though, I simply pressed everything down with my finger and I was good to go.
I chose Sequin and Lala because I am basically a hoarder of rose gold eyeshadows, and I was still looking for my perfect shade – I feel like many beauty bloggers edit their swatches to look as perfectly rose-gold as possible while the product is more like a straight-forward bronze or gold. THE SWATCHES, THEY LIE.  Lala and Sequin seemed similar, but I don’t believe you can have too much of a good thing. Finally, the highlighter Monster came into my shopping cart because I love the pink duochrome highlighter in ABH’s Moonchild palette so much, but alas, it does not belong to me but to my sister. Swatches! 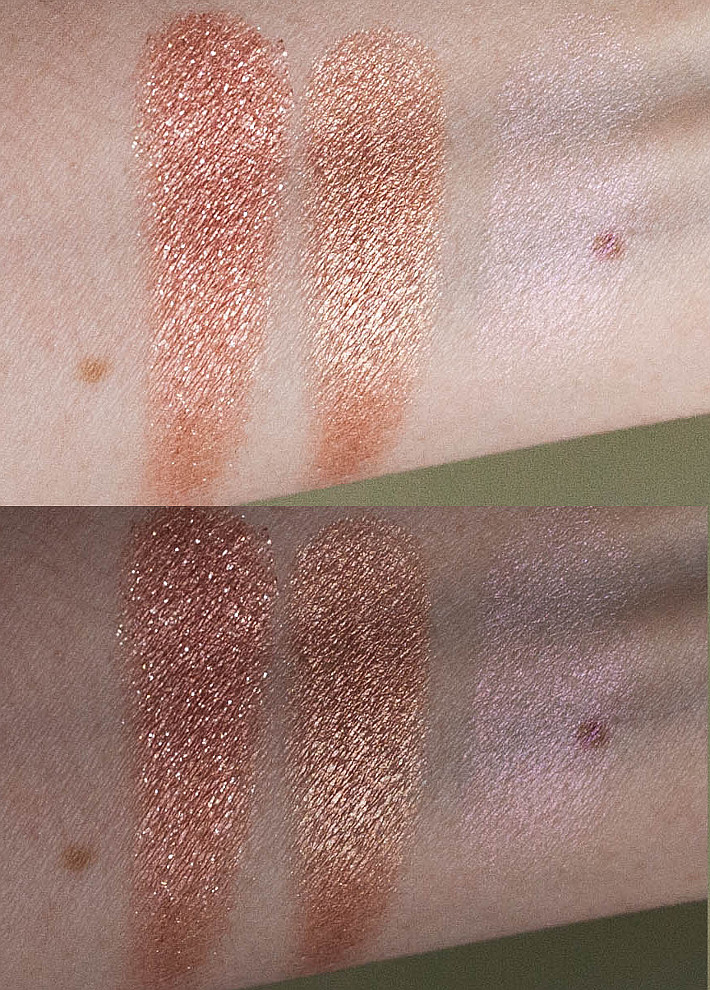 So Colourpop obviously delivers on its claims of being crazy pigmented. This is a one finger swipe of product for both Sequin and Lala. I did build up Monster a bit because highlighters are more sheer than eyeshadows (obviously) and I wanted to show off the duochrome effect. Sequin and Lala are similar, but definitely not identical to a rose gold eyeshadow connoisseur like yours truly. Sequin is more like a coppery satin with a bunch of pale gold glitter throughout, while Lala leans more bronze and has a metallic, glitter free finish. Both are gorgeous though, and definitely rose gold enough for me! Monster has a sheer white base with a pale pink duochrome shift, and if you look closely, also some tiny gold microglitter.
Definitely beautiful, and super similar to ABH’s Pink Heart which also has a subtle amount of gold sparkle. I wish Monster was a powder highlighter rather than Colourpop’s signature mousse-y formula, though – for blushes and highlighters, I just prefer powders because they are easier to work with. I paid $8 for Monster, which is prettttty darn cheap. In case you’re wondering, I’m wearing Lime Crime’s Cindy on the lips btw, so gorgeous.