7 years ago, welcome movie was appreciated by all. Now in 2015, A.A Nadiwala, Eros International production with Ajay Navandhar’s production, WELCOME BACK is in cinemas. 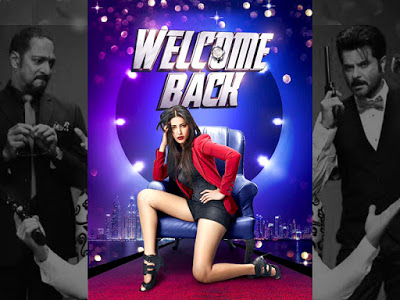 Continuing from the prequel, Nana Patekar (Uday Shetty) and Majnu Bhai (Anil Kapoor) underworld dons have changed now and trying to lead a respectable life in Dubai. After several attempts they are still single. The story starts when Uday’s father (Nana Patekar himself) announces they have a sister, Ranjana(Shruti Hassan) from his third wife .

On the other side Dr.Ghunghroo (Paresh Rawal) is told by his wife, that she also has a son, Ajju alias Ajay(John Abraham) from her previous relationship. Even dismayed after revelation, they set on journey for Mumbai to meet him, where Dr. Ghunghroo finds that he is a local gangster. 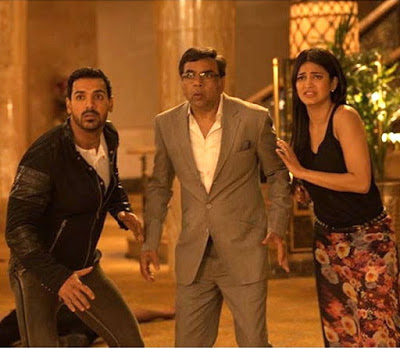 On the other part, Chandni (Ankita Srivastava) acting as princess of Najabgarh with her mother acting as queen (Dimple Kapadia) is wooing two Ex-dons Uday and Majnu in love. The aim of both cons being to make tons of money and assets from both both unmarried Ex-Dons (he he he).

Plot turns when both dons trying to keep Ajju away from Ranjana (who fell in love circumstantially in Mumbai) come to know that Wanted Bhai (Naseerudin Shah) son Honey (Shiney Ahuja) is also deeply in love with Ranjana. Now Uday and Majnu in dilemma of what to do as one side is Ajju and other side is Honey. 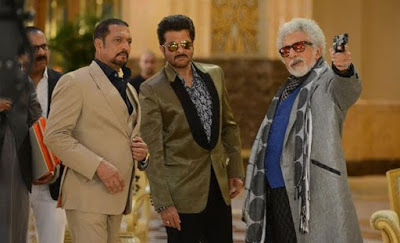 Now how they will tackle the situation and save their sister (who in turn is deeply in love with Ajju and wants to marry him). Do find it out yourself. LOL 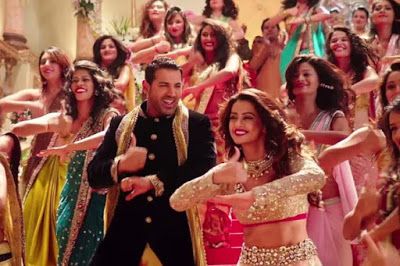 As for review, the movie is approximately same with few modifications is not so strong. Movie is overall a moderate entertainer and one time watch. 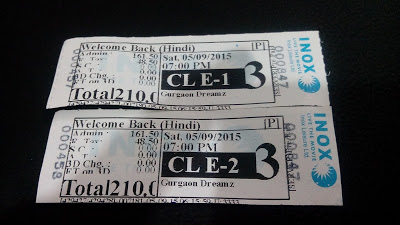